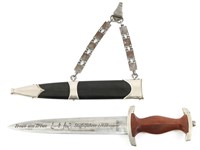 Considering selling Firearms or Wartime Collectibles? Sell with Centurion - an industry leader. Contact us today to sell your firearms and wartime collectibles. We specialize in the appraisal, valuation, marketing & sale of historically important firearms, wartime collectibles, and collections. Our team travels nationally in the acquisition of collections and exceptional historical items. Seller commissions as low as 0%, and no other fees or charges. Cash advances available. Our auction marketing platform offers tremendous value to a seller. Put our team to work for you today.

LEAVING ABSENTEE or PRE-BIDS: You are able to leave pre-bids / absentee bids ahead of the Live Auction. This is very useful if you will not be available during the live sale. We recommend leaving your highest and best bid. All pre-bids will be executed by the online bidding software. Absentee bids are only executed to the increment necessary to win the lot. For Example: if you leave a bid of $800 on a lot, but in the course of competitive bidding, the lot only requires a bid of $400 to win, you will win the lot at $400. We stress, it is important to leave your highest and best bid when leaving absentee bids. Following each auction, we consistently hear from buyers who wish they had been more aggressive with their absentee bids - don't let this be you.

BIDDING LIVE ONLINE: Please make certain you set a reminder, the live online auction begins at 12 noon Eastern on Wednesday, February 26th 2020. Don't miss it. Also, please do not hesitate in hitting the Bid Button while bidding live. The sale moves quickly, so please Bid quickly. Hesitation in executing your Bid may cause you to miss out on winning the lot.
Location
Tallahassee, FL
Details
Auction Details
Catalog
View Catalog (690 Lots)
Single Page

No bids found for this item

In the case of a tie bid, precedence is given to the earliest bid

Your Max Your Bid

Your Max Your Bid

Your Max Your Bid
Click to add notes.
Notes saved

Please join our customer list to receive updates on our upcoming auctions. We look forward to your participation in future sales.

Email Privacy Policy We have created this email privacy policy to demonstrate our firm commitment to your privacy and the protection of your information. Why did you receive an email from us? If you received a mailing from us, (a) your email address is either listed with us as someone who has expressly shared this address for the purpose of receiving information in the future ("opt-in"), or (b) you have registered or purchased or otherwise have an existing relationship with us. We respect your time and attention by controlling the frequency of our mailings. How we protect your privacy We use security measures to protect against the loss, misuse and alteration of data used by our system. Sharing and Usage We will never share, sell, or rent individual personal information with anyone without your advance permission or unless ordered by a court of law. Information submitted to us is only available to employees managing this information for purposes of contacting you or sending you emails based on your request for information and to contracted service providers for purposes of providing services relating to our communications with you.

The email address {0} has been subscribed to the email list.

Oops, there was a problem.

I was unable to add your email address to the email list. Please check your address and try again.

Oops, there was a problem.